The Western Currency Facility began printing $20 bills for districts closest to the facility.

Also late this year, microscopic printing was added around Lincoln's portrait on the $5 bill for Series 1993.

Walt Disney Home Video planned to release The Lion King on VHS in early 1995, followed by Cinderella much later in 1995. Sleeping Beauty, initially intended for release in 1993, was pushed back to September 1995, taking Lady and the Tramp with it.

In development was Windows Chicago, the codename for Windows 95.

While newer versions of AOL were being released this year, a new internet browser called Netscape Navigator came out on December 15. 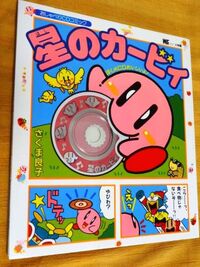 While no new Kirby video games were released this year, Kirby's first known voice actress, Taeko Kawata, was heard in a mini audio CD that came with a comic book that was released on August 20. The title of this book is Kirby and the Story of the Dream Spring.

Retrieved from "https://retromedialibrary.fandom.com/wiki/1994?oldid=68927"
Community content is available under CC-BY-SA unless otherwise noted.