Subsidiary of The Walt Disney Company 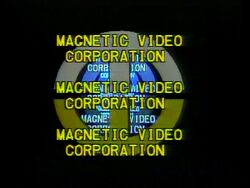 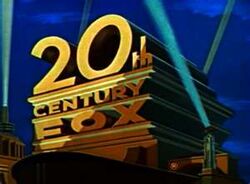 Prior to 1982, all of 20th Century Fox's films were released on Betamax, VHS and Laserdisc by Magnetic Video Corporation. In 1981, this former home video distributor owned the rights to United Artists films, shortly before Metro-Goldwyn-Mayer Film Co. bought those rights. A year later, Magnetic Video was renamed to 20th Century Fox-Video. 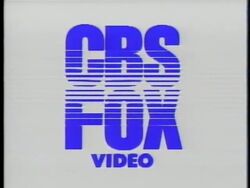 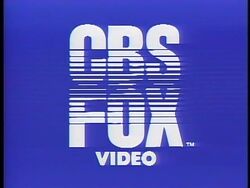 Like the first CBS/Fox Video logo, this one's not pretty easy to find. It is featured on 1983 prints of Fox films, such as the 1984 VHS releases of Star Wars: A New Hope and The Empire Strikes Back. 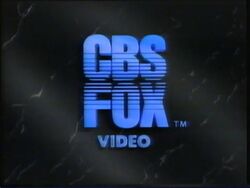 As the logo gradually became from uncommon to very rare during the 1990s, it still appeared on Mister Rogers' Neighborhood videos released on January 18, 1995, in which those tapes also had the 1993 Fox Video logo. One of the last videos to use this logo was FernGully 2: The Magical Rescue, released on March 17, 1998.

The fanfare music for this logo is the same as its 1983 counterpart. 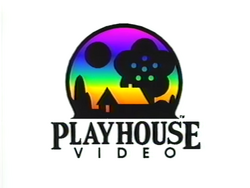 In 1985 and 1989, Playhouse Video distributed all seven Dr. Seuss films that aired on CBS and ABC in the '70s and early '80s. The logo was also seen on very early Mister Rogers' Neighborhood videos. 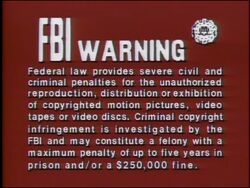 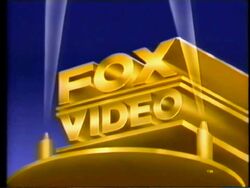 Starting with the 1991 VHS of Sleeping with the Enemy, released on July 25, 1991, all non-CBS mainstream titles from 20th Century Fox Film Corporation used this logo instead of the 1984 CBS/Fox Video logo. If you're looking for a 1992 VHS of a 20th Century Fox film (including the 1992 re-prints of the Star Wars Trilogy), this logo shouldn't be that hard to find.

The 1991 prints of the first four Dr. Seuss short films had this logo. 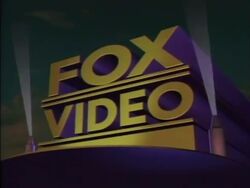 This was Fox Video's second logo, which ran from May 1993 to November 1995. It made appearances on the 1993 VHS of Home Alone 2: Lost in New York, the 1994 VHS of Streamline Pictures's English dubbed version of My Neighbor Totoro, the 1994 VHS releases of the first four Dr. Seuss short films, and early films with the 1994 20th Century Fox logo, all of which were released in 1995. It also made a Laserdisc appearance on Die Hard with a Vengeance on 1996. 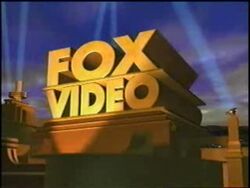 This was Fox Video's last logo, but is still hard to find, seeing as though back then, the name "Fox Video" was alternating with its current name, 20th Century Fox Home Entertainment. The logo can be seen on VHS releases of Independence Day, Turbo: A Power Rangers Movie, Goosebumps: The Haunted Mask, the 1996 VHS of The Sound of Music, and the 1997 VHS of the Special Editions of the Star Wars trilogy.

This is one of the most common logos to find on DVDs, Laserdiscs and VHS tapes from 20th Century Fox Home Entertainment, and the first to appear on DVDs released by that company. Of course, any DVDs with this logo are virtually always Region 1 encoded.

The original version of the logo where it cuts out to black is rare on these releases. This variant can be found on late 1995 VHS releases such as Star Wars, Snoopy Come Home, Mighty Morphin Power Rangers: The Movie and the 1996 Laserdisc release of Die Hard with a Vengeance. DVD releases with this original logo variant is unknown since they've frequently used the version that fades out to black on them. The VHS releases where the logo faded in from black was found on VHS releases of Dr. Dolittle, Rusty: The Great Rescue, and Star Wars Episode II: Attack of the Clones. A widescreen matted version (where it is cropped from the 4x3 FOV like the next logo) can be found on DVDs including Quest for Fire, Dirty Mary, Crazy Larry, Airheads, Thunder and Lightning, and the Anchor Bay DVD of Kenny & Co. 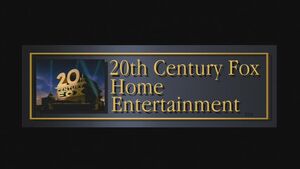 In the mid-2000's, the 1995 logo was seen updated to contain the "A News Corporation Company" byline in the film logo. This title card logo can be seen on D-Theater D-VHS releases from the company. For regular VHS, it's only on Garden State. It can also be seen on 2006-2009 DVD releases like Home Alone: Family Fun Edition and on all U.S. releases of 20th Century Fox movies and television shows from the late 2000s. Certain full-screen DVD releases use the uncropped version of the title card on later releases as those released in 2006 use the previous title card from 1995.

From May 23, 2006 to March 4, 2008, 20th Century Fox Home Entertainment co-distributed five Thomas & Friends DVDs from Seasons 9-11, including Carnival Capers (Rosie's first appearance on DVD), which was released in August 2007. 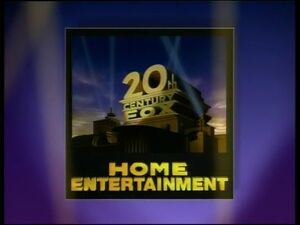 This logo was used in all countries outside of North America, on VHS tapes and DVDs containing 20th Century Fox installments from the mid to late 1990s. On 1999-2001 DVD releases, the logo is silent. 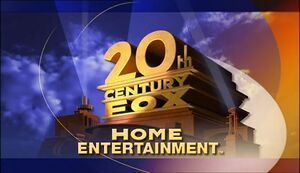 Again, if you live anywhere in Europe, Latin America, or Asia, the logo won't be hard to find at all. It appears on DVDs of 20th Century Fox movies during the 2000s decade, such as the first DVD releases of all six Star Wars films. The fanfare music on VHS releases is the same as the 1994 20th Century Fox logo. The 1997 fanfare is used on DVD releases. 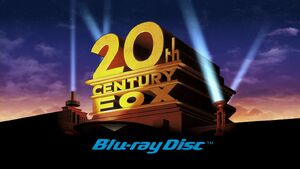 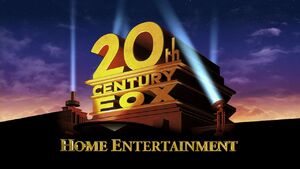 The DVD version of the Blu-ray Disc logo shown above this one debuted on October 27, 2009 with Ice Age: Dawn of the Dinosaurs. It also appears on the U.S. DVD import of Diary of a Wimpy Kid (2010) and on early films with the 2009 20th Century Fox logo, including Avatar, but will gradually become rarer to find in the future, since it was short-lived. 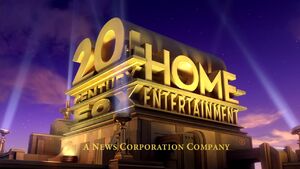 First seen in November 2010, this logo is currently in use on all new releases of 20th Century Fox installments worldwide, such as on the DVD and Blu-ray Disc releases of Diary of a Wimpy Kid: Rodrick Rules and Dog Days (2012), and on all films with the standard variant of the current 20th Century Fox logo, first seen in 2011. The last DVDs and Blu-ray Discs with this byline were released on October 22, 2013. As of November 12, 2013, the logo is now bylineless because News Corporation was replaced by 21st Century Fox. This version of the logo can be seen on Blu-ray and DVD prints of Rio 2 (2014), Home (2015), Ice Age: Collision Course (2016), The Boss Baby (2017), and Ferdinand (2018).

As of 2019, despite 20th Century Fox now owned by The Walt Disney Company, the logo continues to appear on in-print Blu-ray Discs and DVDs of movies.

Thai
Add a photo to this gallery
The two black backgrounded warning screens (in English and Spanish) can be seen on Region 1 DVDs.

Most 20th Century Fox Home Entertainment DVDs may also be RCE protected and therefore contain "wrong region" screens (the third one shown above), which will appear if played on certain multi-region DVD players.

Retrieved from "https://retromedialibrary.fandom.com/wiki/20th_Century_Fox_Home_Entertainment?oldid=66130"
Community content is available under CC-BY-SA unless otherwise noted.