Beauty and the Beast (Diamond Edition)

Beauty and the Beast
Diamond Edition

English SDH, French, Spanish, Portuguese
Beauty and the Beast was released on Blu-ray Disc for the first time as the second Diamond Edition title on October 5, 2010.

Acclaimed and treasured like no other, Disney's beloved modern classic - the first animated feature film in the history of the Oscars® nominated for Best Picture (1991) – is brilliantly transformed to a new level of entertainment through the magic of Blu-ray™ High Definition. The music you'll never forget, the characters who will fill your heart and the magical adventure about finding beauty within all come to spectacular life in Blu-ray. Plus, all-new, immersive bonus features will transport you even further into Belle's enchanted world. So be our guest and join the beloved, independent Belle and the Beast with the soul of a prince as they cast an enchanting spell like never before.

Disney’s beloved modern classic is brilliantly transformed to another dimension of entertainment through the magic of Blu-ray 3D! The award-winning music you’ll never forget envelops you while the enchanting characters who fill your heart dance into your living room and come to life in Blu-ray 3D. So be our guest and join the independent Belle and the Beast with the soul of a prince as they cast a spell even more enchanting on Disney Blu-ray 3D – magic in another dimension!

One of the most acclaimed and treasured animated films of all time is about to sweep you off your feet. Follow the adventures of Belle, a bright young woman who finds herself in the castle of a prince who's been turned into a mysterious beast. With the help of the castle's enchanted staff, Belle soon learns the most important lesson of all -- that true beauty comes from within. An all-new digital restoration and exciting new bonus features make this 2-Disc DVD more magical than ever. Be our guest and let the music you'll never forget and the characters who will fill your heart cast a shimmering spell like never before. 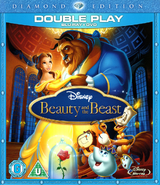 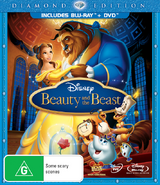 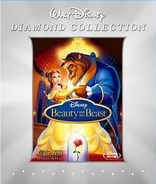 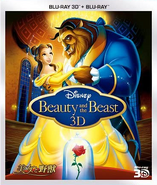