English (Closed Captioned)
Dumbo was announced for a DVD release (and its last VHS release ever) in June 2001, with a release date of October 23, 2001. The DVD was discontinued in the summer of 2005, before being replaced by a new Big Top Edition.

A proposed sequel, titled Dumbo II, was mentioned at the end of this video, but the film's production was canceled by John Lasseter from Pixar Animation Studios.

At the time of its first American DVD release, Dumbo's remaining copyright term was 35 years, the same one it had when it was first released on VHS in 1981.

One of Disney's greatest classics, Dumbo is the timeless inspirational tale of courage, loyalty and triumph. Now, to celebrate the 60th Anniversary of this beloved high-flying adventure, Dumbo makes his first flight onto DVD, digitally restored and remastered to the original glory that captures the hearts of audiences all over the world.

With a "Big Top" full of bonus features, there's something for audiences of all ages to enjoy. Featuring an all-new rendition of "Baby Mine" performed by Michael Crawford, Disney's "Celebrating Dumbo" featurette, two Sing-Along Songs and two animated shorts -- plus an exclusive sneak peek at Disney's Dumbo II and more -- this Special 60th Anniversary Edition of the timeless Disney favorite soars to greater heights than ever before! 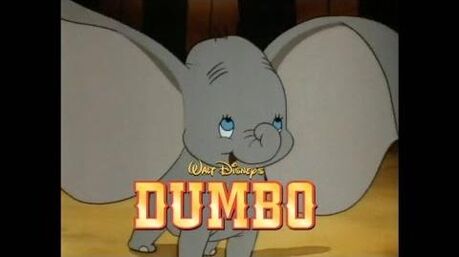