The film takes place one year after the events of Finding Nemo. Dory, a blue tang fish, remembers that she has a family -- her parents, who she forgot about since her childhood because of her short-term memory loss. Her friends, Marlin and Nemo, go with her on a quest to California in search of Dory's parents. The blue tang is then taken to the Marine Life Institute, where she meets Hank the 7-legged octopus, Destiny the whale shark, and Bailey the beluga whale. Marlin and Nemo make their way to the Quarantine section, which is the exact location of the tank of blue tangs, and eventually are all taken by a truck ride to Cleveland. Bailey and Dory rescue them by hijacking the truck and rescuing all the captured fish, including Marlin and Nemo. 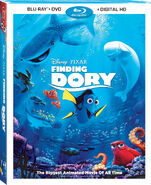 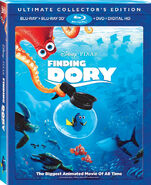 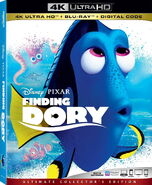