Film, home video
Before 2009, when Hasbro Studios was formed, there were Claster Television and Hasbro Entertainment since 1969. 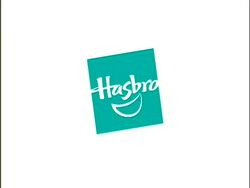 When the third generation of My Little Pony began with A Charming Birthday, this was Hasbro's first logo ever seen on home video. 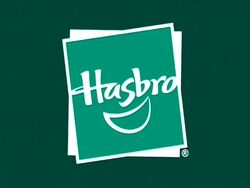 This logo can be seen at the end of the second G3 My Little Pony film, Dancing in the Clouds. 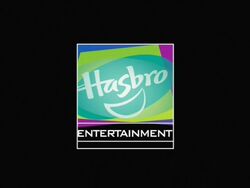 Paramount Home Entertainment's releases of A Very Minty Christmas (2005), The Princess Promenade (2006), The Runaway Rainbow (2006) and A Very Pony Place (2007) all have used the 2005 Hasbro Entertainment logo at the end of every film.

On Discovery Family broadcasts of Twinkle Wish Adventure, this logo appeared in place of the next logo shown below. 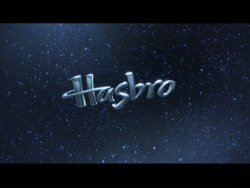 The 2008 Hasbro logo appeared on Twinkle Wish Adventure (2009) and on the first two My Little Pony: Friendship is Magic DVDs from Shout! Factory, The Friendship Express and Royal Pony Wedding, both released in 2012 (although production of DVDs began in 2011).

The short version of the current Hasbro Studios logo debuted on the Hub Network on October 10, 2010, and was seen on every episode of My Little Pony: Friendship is Magic ever since, up to Season 8's What Lies Beneath.

As of the Season 8 episode, Sounds of Silence, this logo appears at the end of each episode of My Little Pony: Friendship is Magic, including Best Gift Ever. It will also appear on all Season 9 (final season) episodes. 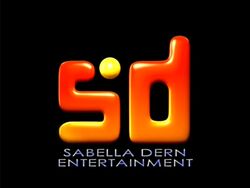 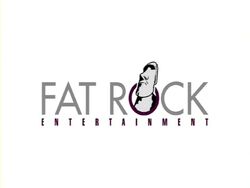 After 2009, co-distribution of the next generation of My Little Pony was sold to Studio B Productions and DHX Media.

Shout! Factory's first logo can be seen on DVDs of all six Super Mario and Sonic the Hedgehog cartoons, as well as My Little Pony: Friendship is Magic, including the "Equestria Girls" film (also on Blu-ray Disc). The second logo seen in the middle can be seen on the second film, Rainbow Rocks, as well as the Season 4 DVD boxset. The third film, Friendship Games, has the third logo on the very right.

Studio B Productions was acquired by DHX Media in December 2007, and later also bought Cookie Jar Entertainment's properties in August 2012, making DHX Media the largest independent owner of all children's programming on television.

The Studio B Productions logo can only be seen on Season 1 and the first two episodes of Season 2 of My Little Pony: Friendship is Magic.

The first DHX Media logo appears on the entire rest of Season 2, Season 3, and My Little Pony: Equestria Girls.

The second DHX Media logo appears on the first nine episodes of Season 4.

The third DHX Media logo was first seen on the Season 4 episode, Rainbow Falls, but the logo was silent. As of the episode Three's a Crowd (or Pinkie Pride, in production order) and for the remainder of the series, the DHX Media logo remained the same as it was since then.

Retrieved from "https://retromedialibrary.fandom.com/wiki/Hasbro_Studios?oldid=71152"
Community content is available under CC-BY-SA unless otherwise noted.