They came... they thawed... they conquered the hearts of audiences everywhere in the coolest animated adventure of all time.

Heading south to avoid a bad case of global frostbite, a group of migrating misfit creatures embark on a hilarious quest to reunite a human baby with his tribe. 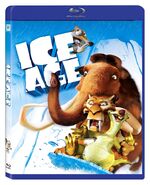