English (Closed Captioned)
Lady and the Tramp's THX-certified format premiered in the summer of 1997 in Europe, then was planned for a VHS release since January 1998, before it was officially released on September 15, 1998. This movie was also available in letterboxed widescreen format on VHS. The video was discontinued on January 31, 1999 along with all the other Masterpiece Collection titles released in 1998. A DVD later came out on November 23, 1999.

As of the release of this VHS, all video releases from Disney's animated films since The Rescuers Down Under in 1991 were up to date.

When the DVD was released in late 1999, Lady and the Tramp had a remaining copyright term of 51 years from publication.

Generations of fans have fallen in love with Walt Disney's 15th animated masterpiece -- an irresistible song-filled adventure about Lady, a lovingly pampered cocker spaniel, and Tramp, a roguish mutt from across the tracks. As one of Disney's most delightful and captivating classics, Lady and the Tramp has earned praise as a marvel of animation!

When Aunt Sarah moves in with her devious felines Si and Am to baby-sit, the very protective Lady soon finds herself being fitted for the unthinkable -- a muzzle! In her bid for freedom, she meets and is charmed by Tramp, dog-about-town. Together with friends Jock, Trusty and Peg, they share thrilling adventures on a lovely bella notte as Lady learns what it means to be footloose and leash-free.

Notice: According to this preview for the film on Disney's video releases in Australia including Peter Pan (1953), The Many Adventures of Winnie the Pooh (1977) and the final episode of 101: Dalmatians: The Series (1997 - 1998), "Dalmatian Vacation" (a three-part series finale), Lady and the Tramp was actually released on VHS in the same country in July 1998. 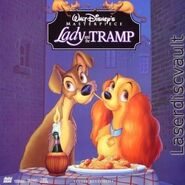 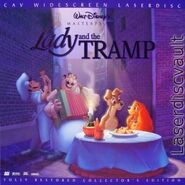