English SDH
When Mary Poppins turned 40 years old, it was released on DVD in a two-disc Special Edition for the first time on December 14, 2004, replacing its Gold Collection counterpart.

Join the "practically perfect" Mary Poppins (Julie Andrews) for a "Jolly Holiday" as she magically turns every chore into a game and every day into a whimsical adventure. Along the way, you'll be enchanted by unforgettable characters such as the multitalented chimney sweep Bert (Dick Van Dyke).

Unpack Mary's magical carpetbag full of bonus features, including an all-new animated short, games and a never-before-heard deleted song. You won't need "A Spoonful Of Sugar" to love every moment of this timeless Disney classic! 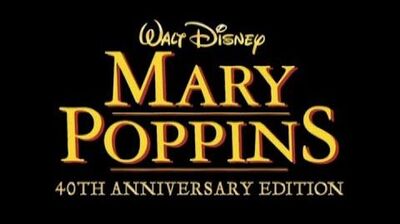