Join the "practically perfect" Mary Poppins (Julie Andrews) for a "Jolly Holiday" as she magically turns every chore into a game and every day into a whimsical adventure. Along the way, you'll be enchanted by unforgettable characters such as the multitalented chimney sweep Bert (Dick Van Dyke).

Unpack Mary's magical carpetbag full of bonus features, including all-new bonus from the "superclifragilisticexpialidocious" Broadway production of Mary Poppins. You won't need a "Spoonful Of Sugar" to love every moment of this timeless Disney classic! 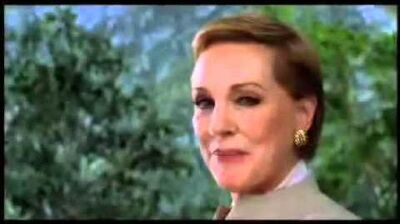 Retrieved from "https://retromedialibrary.fandom.com/wiki/Mary_Poppins_(45th_Anniversary_Edition)?oldid=72723"
Community content is available under CC-BY-SA unless otherwise noted.