DVDs weren't the only format to contain this logo. It may also show up on laserdiscs. Of course, you will need a DTS decoder in order to hear the music for this logo. The slogan for this logo is "The Digital Experience". The logo can be seen on early 2000's Columbia TriStar Home Entertainment titles on DVD, including the Superbit Edition of Hook.

The "Piano" logo usually appears on Universal and DreamWorks Pictures films with optional DTS-ES audio. The slogan here is "Digital Sound". This logo can be seen on Disc 2 of Shrek.

The third DTS logo made its Blu-ray Disc debut on August 12, 2008. It continued use on Lionsgate releases through 2013. 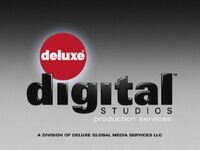 All Deluxe Digital Studios logos appear at the end of most 20th Century Fox and Universal Studios Home Entertainment titles. 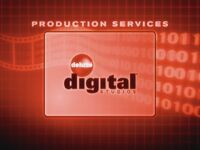 Very short-lived, but it still appears on the 2005 DVD of Seuss Celebration: 9 Favorite Televised Classics. 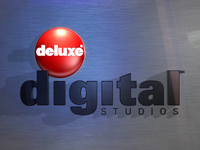 In use for a decade, this logo appeared on Blu-ray Disc releases of Universal and a few Fox's films, such as Home Alone: Family Fun Edition, Ice Age: The Meltdown, Despicable Me, Despicable Me 2, and Minions.

As of late 2016, further Universal films now contain the latest Deluxe logo, such as The Secret Life of Pets, Sing, and Despicable Me 3. 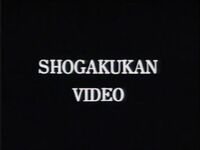 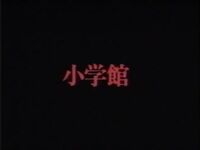 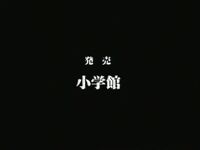 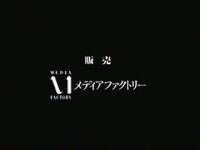 In use from 1984 to 2001, the first Shogakukan Video logo was seen on all VHS tapes from the company, including early Pokémon releases.

However, if the videos were released with English translating closed captions, the Shogakukan Video logos would be replaced by the full screen version of the regular Warner Home Video logo (to make it more suitable for non-Japanese audiences), before the Media Factory logo follows it. 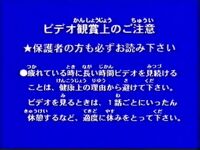 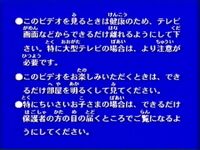 The warning screen on the very right first appeared in the early 2000s, before the 2001 Shogakukan DVD logo.

This logo actually premiered in 1991, with Only Yesterday. It was seen on Cartoon Network when Spirited Away premiered there on February 3, 2006. 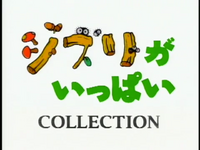 First seen on June 27, 1997 with the VHS re-release of My Neighbor Totoro, it is seen on all Studio Ghibli films on home video ever since. On most non-Japanese versions of these films, the logo is replaced by a Walt Disney Studios Home Entertainment logo.

Toho Company, Ltd. is considered one of the most popular film studios in Japan. The logo shown below is taken from the anime film Metropolis (2001). It also appeared only on the original theatrical release of Spirited Away on July 20, 2001. 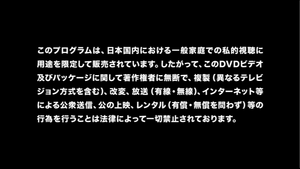 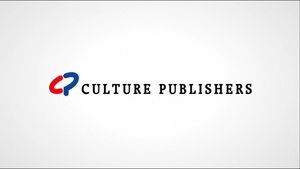 The Culture Publishers logo, as seen on the Japanese DVD of My Little Pony: The Movie from late 2018.

This logo appeared on all Korean imports of early 2000's DreamWorks films, including Shrek and The Cat in the Hat.

From the 1980s to 1994, there were actually many different kinds of the first two warning screens/scrolls. The ones shown above were recreated into high-definition format.

Often presenting after this warning scroll is one of two old Korean video warnings. They're actually "parental discretion" video warnings, and were widely used on all South Korean VHS tapes, with the first one from March 1990 to March 1991, and the second from April 1991 to April 1994.

Suitable for all ages 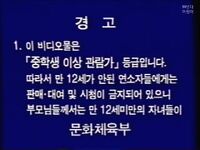 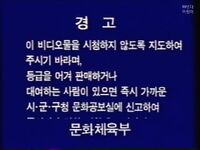 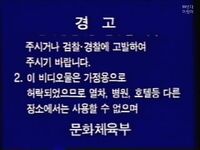 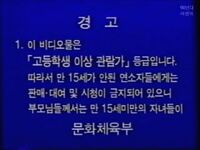 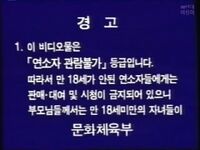 Beginning in Spring 1994, a new classification age rating disclaimer replaced the 1991-1994 video warning, when the "12+" and "15+" ratings changed colors (blue and yellow, respectively), while the "18+" rating remained red and the "All Ages" rating remained green. This also caused the 12+ and 15+ ratings to become legally restricted film ratings, where no one under those specific ages could rent or purchase such movies, as enforced by law.

Starting in late 1998, after the "ban for Japanese products" was lifted, all South Korean imports of VHS tapes contained another video warning, used until around mid-2004.