Twilight Sparkle's Retro Media Library
Register
Don't have an account?
Sign In
Advertisement
in: My Little Pony: Friendship is Magic, Seasons, Released in 2018

My Little Pony: Friendship is Magic/Season 8

< My Little Pony: Friendship is Magic
View source
watch 01:36
We're Getting Mutants in the MCU - The Loop
Do you like this video?
Play Sound

February 2018 – January 2019
Season 8 of My Little Pony: Friendship is Magic was the fourth season of the show's second era, which takes place after Season 7 and The Movie.

The entire season was released on Netflix on November 12, 2018, and was the last season to do so. 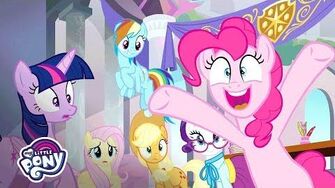 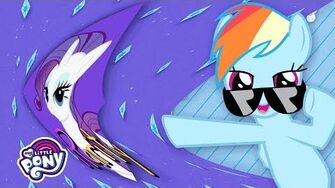 Including Best Gift Ever:

Hearts and Hooves was the last DVD release from Shout! Factory.

The expiration of Shout! Factory's home video rights for My Little Pony in 2019 resulted in Season 8 getting a bootleg DVD boxset in Malaysia. The UPC of this DVD is "DVD-TMC-118".

Back cover of the Malaysian Season 8 DVD boxset

A short video series made by Princess Celestia. In each episode, Princess Celestia teaches her students in her class at the School for Gifted Unicorns the basics of magic. There are five in all:

Four animated shorts were made for the My Little Pony franchise's 35th anniversary:

Save Equestria from Lord Tirek with Rainbow Dash (July 26, 2018)

A trailer for the 27th and really final episode of Season 8 was uploaded on September 25, 2018.