Over the years, Nickelodeon launched programming blocks on their own network. On July 1, 1985, Nick at Nite premiered to broadcast primetime, late night and early morning shows. Another was Nick Jr., which launched on January 4, 1988 and was aimed at preschool children.

NICK2, a secondary cable television network, launched on July 1, 1989. It airs the same programs from Nickelodeon earlier by three hours.

On August 15, 1992, SNICK launched and was broadcast on Saturday evening hours. This block ran for 12 years, until September 4, 2004. Most of its shows (including All That and The Amanda Show) were moved to TEENick, which replaced the old SNICK block that same night. This block ended on February 2, 2009.

The very first Nickelodeon Studios opened at Universal Studios, Orlando, Florida on June 7, 1990, and since then, all live action shows, including game shows, were recorded there, until about a few years before the theme park closed on April 30, 2005.

In 1996, starting with the third season of All That, Nickelodeon's live action shows were moved to Nickelodeon on Sunset, where any further new shows were recorded since then.

Original programming that many kids grew up with began on August 11, 1991. The first three shows that made Nickelodeon a lot more popular were Doug, Rugrats, and The Ren & Stimpy Show. Other programs that aired on Nickelodeon include: 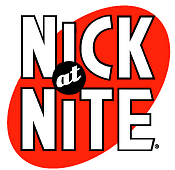 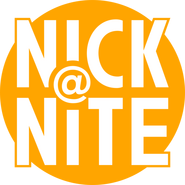