Before 1989, PBS (or, the Public Broadcasting Service) was independent on distributing VHS tapes of their programs. Starting in 1989, further VHS releases were co-distributed by Pacific Arts, and at the same time, PBS Home Video was founded. 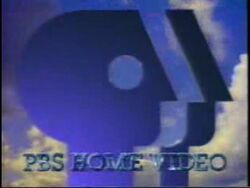 At the beginning of the program, this logo would have an announcer saying "The following presentation is from PBS Home Video". The closing variant, in use until 1994, when Turner Home Entertainment took over as co-distributor of PBS Home Video titles, does not have the voiceover, and the logo plays for about 6 seconds. 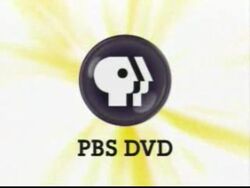 This new logo was released about the same date as the 7th PBS ident, the Circle P-Heads.

This logo was used for all DVD and Blu-ray Disc releases of PBS shows from the mid to late 2000s. It began in use when Paramount Home Entertainment became PBS's new co-distributor for home video releases.

As of 2009, PBS now uses the regular logo for home media. In addition, PBS Home Video went independent again in 2011, when it was renamed to PBS Distribution.

Retrieved from "https://retromedialibrary.fandom.com/wiki/PBS_Distribution?oldid=62219"
Community content is available under CC-BY-SA unless otherwise noted.