English
Before 1993, children's programming on PBS used the adult-oriented idents, up to the Orange CGI P-Heads.

On September 6, 1999, in addition to the new generation of PBS Kids premiering on PBS stations across the United States, the Public Broadcasting Service itself launched PBS Kids as its own digital broadcast television network as well. This network, like all other over-the-air networks, broadcasts programs in different orders, depending on whichever U.S. state the station is located.

Following that are two more variants, the short version which features PTV Park, and another without the "PBS" text and the animation goes "Surprise!".

Finally, in late 1996, starting with Mr. Conductor's Thomas Tales, the P-Pals ident now included an additional E/I balloon. This appeared on Arthur, seasons 4-5 of Barney & Friends, season 2 of Wishbone, Where in Time is Carmen Sandiego, Teletubbies, season 1 of ZOOM, etc., and was last seen initial broadcasts of episodes 1746–1750 of Mister Rogers' Neighborhood and mid-1999 reruns of Arthur, when Post-Alpha Bits Cereal first became an underwriter.

You'll still find this logo on VHS prints of PBS Kids shows from the 1990s decade. Although the logo was no longer seen by many PBS Kids fans by the early 2000s, it was rediscovered on YouTube in August 2006, along with the other variants later in 2006.

e/i Balloon variant
Add a photo to this gallery 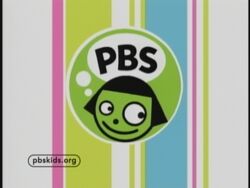 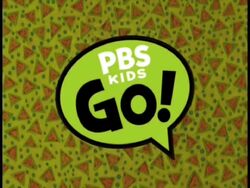 Ever since PBS Kids launched as a digital terrestrial television network in many PBS stations across the United States since September 6, 1999, this next logo was seen on all children's programming during that time. It often plasters the P-Pals ident, and in the case of pre-1993 episodes of Mister Rogers' Neighborhood, the 1989 ident as well, especially on very late reruns of programs where the "annual financial support of Viewers Like You" still existed.

All final 15 episodes of Mister Rogers' Neighborhood from 2000-2001 used the girl version of the PBS Kids logo, therefore resulting in Episode 1750, the last one originally aired in 1999, to also be the last one to use the boy version.

Starting in 2008, the PBS Kids ident has been shown in many different variants, just like the 9th PBS ident from September 2009. 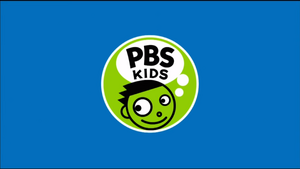 Today's PBS Kids logos debuted in 2013. One of these logos appeared at the end of the Mister Rogers' Neighborhood episode "Death of a Goldfish" (1101) in February 2018.

Older episodes of Arthur began using this logo in September 2014.

Retrieved from "https://retromedialibrary.fandom.com/wiki/PBS_Kids?oldid=73267"
Community content is available under CC-BY-SA unless otherwise noted.