2006 (renamed as CBS Paramount Television, and in 2009, CBS Television Studios) 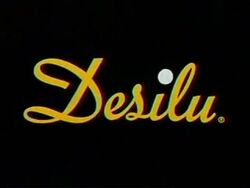 Before Paramount Television, all shows were distributed by Desilu Productions. The logo appears on shows such as Mission: Impossible and Star Trek (especially on the DVD sets), but is then followed by the 2006 CBS Paramount Television logo seen below. 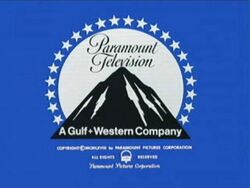 This first Paramount Television logo was very short lived, so it's very rare to find nowadays. It was seen on early 1968 episodes of Mission: Impossible on CBS and Star Trek on NBC.

The music is the same as the Desilu logo shown above. 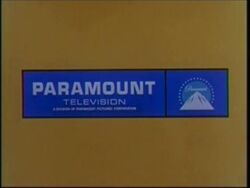 Beginning in September 1968, this logo appeared on the two shows mentioned above. It only ran for one year, so it's rare like the previous logo. 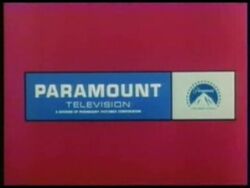 This logo had several variants. In 1970, a Lalo Schifrin jingle began being used on this logo. It was slowed down in 1972, and again in 1974. Shows with this logo include The Brady Bunch on ABC, later episodes of Mission: Impossible on CBS, and Star Trek: The Animated Series on NBC. 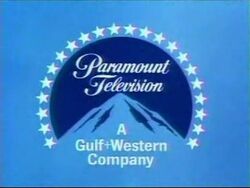 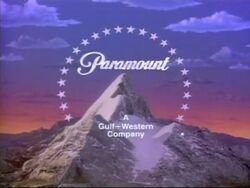 The first logo in which 22 stars encircle a mountain in the film version. It was originally seen on Friday the 13th: The Series, but now uses the 1995 logo. The byline "A Gulf+Western Company" can still be seen here. Unfortunately, since the byline was short-lived in the logo's first two years, it's gonna be a rare find. 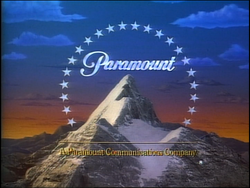 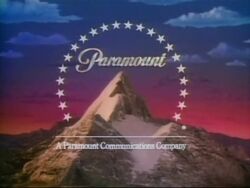 For this logo, it has the byline "A Paramount Communications Company". It can still be seen on "Wings" on TV Land, up to Season 6. There were two byline colors -- gold and white. The white byline began in 1991. This logo was also used as part of a station ID in some independent television stations, before they all re-launched as UPN in 1995. 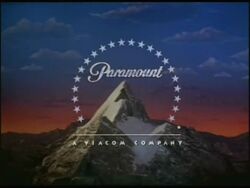 After Paramount Communications was acquired by Viacom in 1994, all installments affiliated with Paramount Pictures contained the byline "A Viacom Company" beginning early in 1995, just after the establishments of the WB Network and UPN. 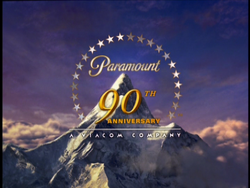 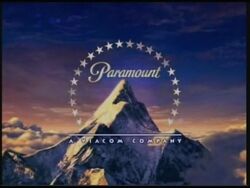 This was Paramount Television's last logo, last seen brand-new on May 28, 2006. Like the previous two logos, the music from 1987 is still retained.

On VHS tapes of Nickelodeon shows (as well as on My Little Pony videos), the logo is silent. 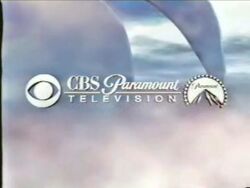 Founded on January 17, 2006, CBS Paramount Television was formed when Paramount Television and CBS Productions were merged together, at the same time when CBS Corporation was founded. Today, all shows originally aired on CBS are most likely distributed by Paramount Home Entertainment when released on DVD and Blu-ray Disc.

Shows like Judge Judy, Dr. Phil, Montel, and Entertainment Tonight, all have this logo at the end. Usually, there's no music, but normally, it's a five-note fanfare. 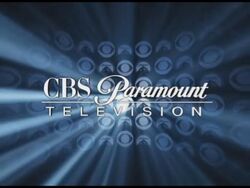 For this logo's music, an airy, six-note jingle and a harp is used. It is also more common than the "Eye in the Sky" logo that was eventually replaced by the 2007 CBS Television Distribution logo.

With CBS Paramount Television now defunct after only 3 years, the brand name is now called CBS Television Studios. The logo began on September 8, 2009. Today, nearly all shows first aired on CBS now use this logo.

The current Paramount Television logo, seen on programs distributed by the revival company, made its debut on September 21, 2015.