English (Closed Captioned)
Peter Pan was last released in theaters on July 14, 1989, before it was released on VHS a year later in 1990. But yet again, no Buena Vista Distribution logo is there in the film.

The laserdisc had no previews; instead, replacing all of the previews is the LaserVision logo.

The earliest copies of Peter Pan were printed in March 1990, and the price for Peter Pan was $24.99. The sale for this video and The Little Mermaid ended on April 30, 1991, the former selling 7 million copies. After that, Peter Pan was last re-issued in European theaters in 1992, and released on video in 1993. 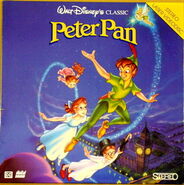 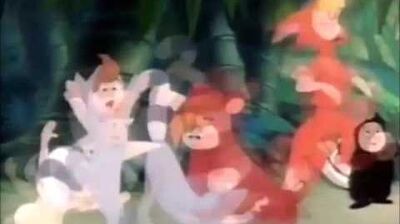