Throughout within the United States, there are many member networks under the Public Broadcasting Service with their own logos.

All of the following were seen on Mister Rogers' Neighborhood, but not on the DVDs nor on Amazon Prime Video:

On all other shows, the Corporation for Public Broadcasting logo and "Viewers Like You" text have changed over the years.

Tough find, but it might appear on Time Life Video releases of Nature and Great Performances, all of which they have the 1984 PBS ident. 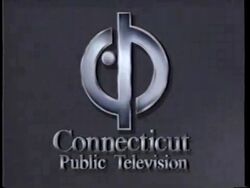 Pretty rare, only used for 2 years. All 1992 tapes of Barney & Friends will still have this logo, including Barney's Birthday and all the TimeLife VHS prints. 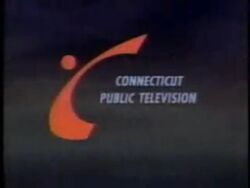 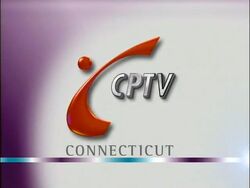 This logo was only on two seasons of PBS Kids' version of Thomas & Friends (Seasons 8 and 9). As of Season 10, Thirteen/WNET co-distributed Thomas & Friends alongside HiT Entertainment. However, it can still be seen on current programming distributed by Connecticut Public Television.

This logo first appeared on ZOOM. Very early episodes of NOVA had a black and white version of it, in 1974. It is currently extinct on television, so the only way to find it is by VHS. It could've, however, appeared on Mister Rogers' Neighborhood if that show had been a production of WGBH Boston.

It has the same music as the 1972 logo, and is probably the scariest logo made by PBS. Starting in 1986, a shorter version was seen on PBS shows.

The logo is restored, and the word "BOSTON" appears under the "WGBH" neon logo, instead of the flash clearing out to reveal "Boston Presents".

Many shows had this logo, such as Masterpiece Theatre, ZOOM, NOVA, Frontline, Arthur, Between the Lions, FETCH! with Ruff Ruffman, Curious George, and Martha Speaks. But as of 2009, children's shows now use the "WGBH Kids" logo.

Tough find, but it might appear on Time Life Video releases of Nature and Great Performances, all of which they have the 1984 PBS ident.

Another tough find, but a bit easier than the ident above. It can always be found on early 90's VHS prints of Nature, and on Seasons 1 and 2 of Shining Time Station.

Still a tough find, but is much easier to find on 90's prints of Nature and Charlie Rose. The third season of Shining Time Station also had this logo.

Much easier to find than the previous logos, still retained on reruns of Cyberchase, and on 1999-2006 episodes of Charlie Rose and Nature (on DVD, that is).

Pretty easy to find, especially on reruns of late 2000s programming distributed by Thirteen/WNET, as well as on Nature DVDs.

New episodes of Nature as well as other programs from Thirteen/WNET will always have this logo.

2009-present logo
Add a photo to this gallery
Retrieved from "https://retromedialibrary.fandom.com/wiki/Public_Television_Stations?oldid=72840"
Community content is available under CC-BY-SA unless otherwise noted.