A long time ago, in a faraway land, legend tells an extraordinary tale of courage and friendship...

Get ready for swashbuckling adventure, unforgettable characters, memorable music and lots of laughs in Disney's Robin Hood, one of the most cherished animated films of all time. Heroic Robin Hood -- along with his trusted companion Little John and his devoted band of merry men -- conjures up one famously funny and daring deed after another to outfox greedy Prince John and bring happiness to the residents of Sherwood forest.

The Most Wanted Edition DVD also features a forest full of merriment with a never-before-seen alternate ending, all-new games and Disney Song Selection, plus a new digital transfer, 5.1 Surround Sound and much more! 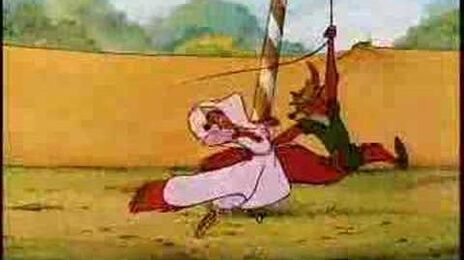