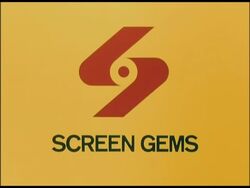 There are three variants here. The first one contains a synthesized tune composed by Eric Siday and Van Alexander. In 1970, the tune was lowered from six to three notes. Finally, in 1972, the byline "a division of COLUMBIA PICTURES INDUSTRIES, INC." appears under the "SCREEN GEMS".

This logo was featured on shows like The Partridge Family, Bewitched, I Dream of Jeannie, and several others.

These logos were originally uploaded to YouTube by ChadODell on January 14, 2007. 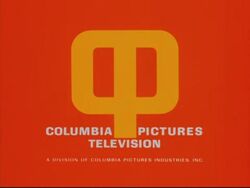 This logo uses an abridged version of the S from Hell jingle. A second version is played on an organ (that began in 1975). The logo began on September 4, 1974. 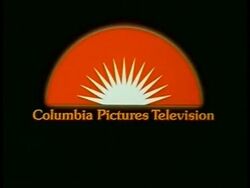 The animation is somewhat similar to the 1976 Columbia Pictures logo. 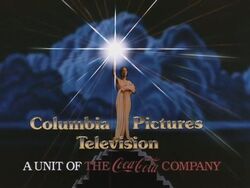 This logo's music is a slightly higher pitched version of the 1976 CPT music. The logo itself uses a byline "A UNIT OF THE Coca-Cola COMPANY". It might appear on 1980's TV shows on DVD from Sony Pictures Home Entertainment, otherwise you'll see the Sony Pictures Television logo. 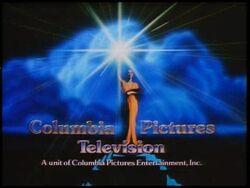 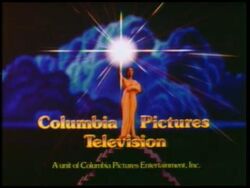 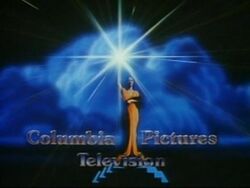 The byline "A Unit of Columbia Pictures Entertainment, Inc." was used until 1991. After that, the logo was bylineless. It's pretty rare, but not as rare as the 1982 CPT logo. You might find this logo on late 1980's to early 1990's TV shows from Columbia Pictures Television. 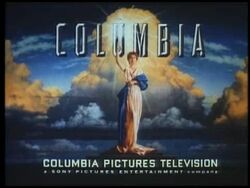 For one year, it used the 1988 CPT music, then in 1993, its new music was a 6-note majestic tune. The logo still might be seen on television series from the 1990's distributed by Columbia Pictures (not Columbia TriStar) Television. 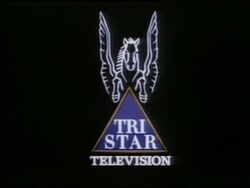 Founded in 1986, TriStar Television started off with this logo on a few shows since September 27 of that year until early 1988, when it was folded into Columbia Pictures Television for over three years. 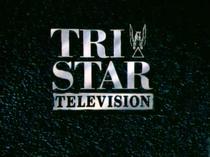 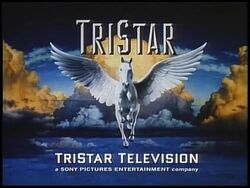 For one year, like the Columbia Pictures Television logo, it used the 1984 TriStar music, then in 1993, it had a 5-note majestic orchestral fanfare. 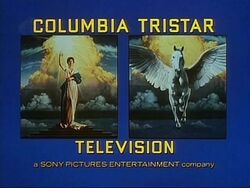 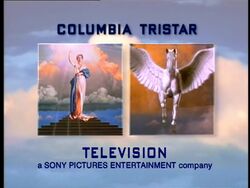 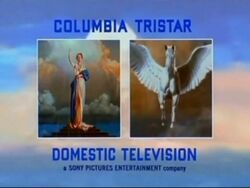 This logo would either just have the words "Columbia TriStar Television", or would also have the word "Distribution". Jeopardy! and Wheel of Fortune started using this logo in May 1997, followed by the "Domestic" variant in late 2001 (during Season 18). These logos were seen on Game Show Network's reruns of Wheel of Fortune and Jeopardy!, especially on the very first seasons. Although not as common as the logo's era, it can still be seen on DVD releases of TV shows distributed by Columbia TriStar Television prior to the existence of Sony Picures Television.

Probably the most common of all, as it plasters over lots of shows, especially when reran on any cable television network. Wheel of Fortune and Jeopardy! still currently have it. The two game shows mentioned here started using this logo before Jeopardy! began using the 2002-2009 set. A long version of this logo was in use until 2006, when the set was modified into high definition mode.

Television films distributed by Columbia and TriStar Pictures will also have this logo when broadcast on any network or cable television, as well as on streaming services such as Netflix.

International prints now use this logo as of 2010. 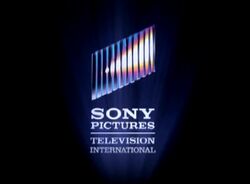 During the remainder of the 2000s decade, all international broadcasts of TV shows released by Sony Pictures Entertainment, including Japanese anime, contained this logo.