The All-Star Magic of Mario Continues! Revisit the magic and fun of the classic Super Mario Bros. series on your Super NES! All the great Super Mario Bros. games for the NES have been powered up with 16-bit graphics and sound and collected on one super game pak. As an added bonus, the previously unreleased "Lost Levels" are included. These super challenging courses have never been available in this country until now!

In the 1994 re-release with Super Mario World, Luigi's sprite is different, as he is no longer a green Mario.

Of the following facts, these show what is different in the Japanese version of Super Mario All-Stars:

Many differences, including a couple of glitch fixes, occurred between the original NES versions of the four Super Mario games and their Super NES counterparts in Super Mario All-Stars. 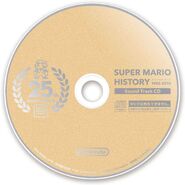 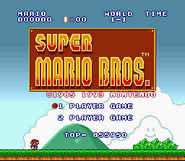 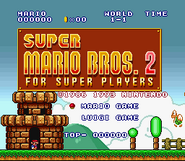 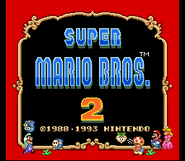 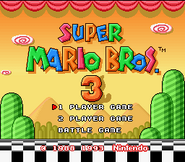 Super Mario Bros. 3
Add a photo to this gallery

Super Mario Bros. 3
Add a photo to this gallery

Retrieved from "https://retromedialibrary.fandom.com/wiki/Super_Mario_All-Stars?oldid=63290"
Community content is available under CC-BY-SA unless otherwise noted.