English (Closed Captioned)
Disney announced plans to release The Hunchback of Notre Dame on home video on October 29, 1996. The first copies of the VHS were produced in January 1997, before they were released on March 4, 1997.[1]

Disney's critically acclaimed 34th full-length animated masterpiece -- a stunning addition to your family's Disney collection--is an "uplifting, thrilling story with a heart-touching message that emerges from the comedy and song" (Roger Ebert, Chicago Sun-Times)! Inspired by Victor Hugo's classic novel, Disney brings the heroic adventures of Quasimodo, the gentle and lonely bell ringer of Notre Dame, to spectacular life. At the urging of his hilarious gargoyle pals, Victor, Hugo (Jason Alexander) and Laverne, Quasimodo defies his evil guardian Frollo and ventures from his tower to the joyous Festival of Fools below. But the crowd turns cruel and rejects Quasi because of the way he looks. After another outcast, the gypsy Esmerelda (Demi Moore), rescues him, Quasi finds himself battling to save the people and the city he loves--while reminding us to see people for who they are, rather than how they appear. 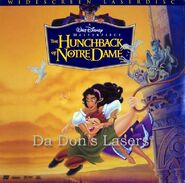 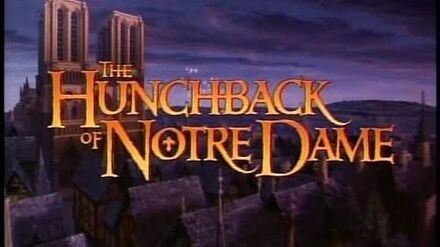 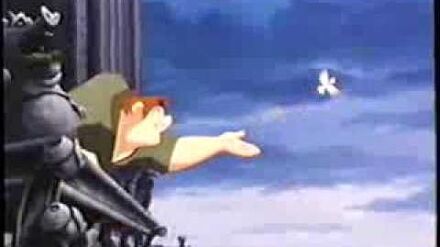