English SDH
For its 40th anniversary, The Jungle Book was released on DVD as a Platinum Edition title on October 2, 2007, as first announced on March 6, 2007.

The lush and lively jungle comes alive in this exciting 40th Anniversary Platinum Edition of The Jungle Book, brilliantly restored with enhanced picture and sound. Experience the song-filled celebration of friendship, fun and adventure that was the last animated film to receive Walt Disney's personal touch.

Embark on a thrilling, adventure-filled journey with the boy Mowgli as he makes his way to the man-village with Bagheera, the wise panther. Along the way he meets jazzy King Louie, the hypnotic snake Kaa and the lovable, happy-go-lucky bear Baloo, who teaches Mowgli "The Bare Necessities" of life and the true meaning of friendship.

Swing into a jungle of fun in this 2-disc Platinum Edition with all-new bonus features. Meet the long-lost character, Rocky the Rhino, and experience deleted songs, all-new games and much more! 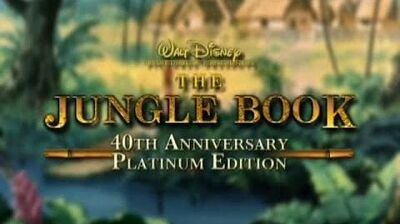 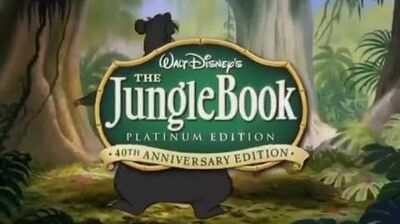