English
Across the United States, any independent television stations that have aired the most first-run and off-network syndication programming combined were re-launched as a brand-new over-the-air television network, called the WB Network. It premiered on January 11, 1995, and a lot of its original programs were automatically distributed by Warner Bros. Television.

Kids' WB stopped airing on weekday mornings as of September 3, 2001, and the weekday afternoon block followed suit after December 30, 2005. The Saturday morning block was extended by another full hour, for a total of five hours. 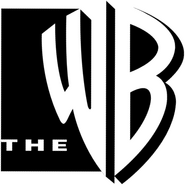