The successor to Windows 2000 (both the Millennium and Professional editions), Windows XP was released on October 25, 2001, two months after it was shipped to manufacturing. Back then, only four editions were available -- Starter, Home Basic, Home Premium, and Professional.

Development of Windows XP all started off with this build. In early 2000, the operating system was codenamed "Whistler", and this pre-beta version still looked very much like Windows 2000.

This first beta version of Windows XP, still only known as Whistler back then, contains a new Start menu. Mistakenly, Microsoft announced the final name to be Windows 2001. Yet, this build still has the Windows 2000 startup sound.

The first build to use the name "Windows XP" was Build 2462, and it also contains the final startup sound for Windows XP as well as the new Control Panel background and UI.

The Windows XP Preview Program unveiled this build of Windows XP to the public for the remainder of Summer 2001, until the final version was released to manufacturing on August 24.

The startup logo now looks a lot different, as it now shows a proper 4:3 resolution. As of Windows XP, you'll have to click on your username icon first before you get started.

And last but not least:

This first service pack was released exclusively online on September 9, 2002. adding support for features such as USB 2.0 and .NET Framework.

When Service Pack 2 was released on August 25, 2004 as the direct successor to the latest service pack of Windows 2000 (SP4), it included numerous features such as the Internet Explorer Information Bar, Windows Firewall, Windows Security Center, a new Add-On Manager, and enhancements to the Automatic Updates feature. Starting with this OS, Windows now highly recommends Virus Protection to be installed for better use on the PC.

Released to manufacturing on April 21, 2008, and for public use on May 6, Service Pack 3 was the last service pack for Windows XP. Included in this service pack were over 1,000 fixes.

The Home and Professional editions' sites launched on May 1, 2001, while the Media Center Edition's launched on January 11, 2002. All sites went defunct in 2008. 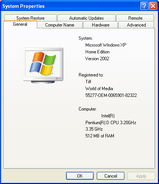 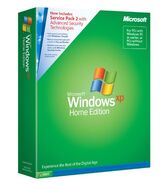 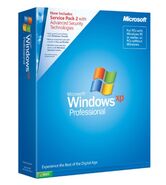